Pay equity in the workplace: How to get there and close the gender gap 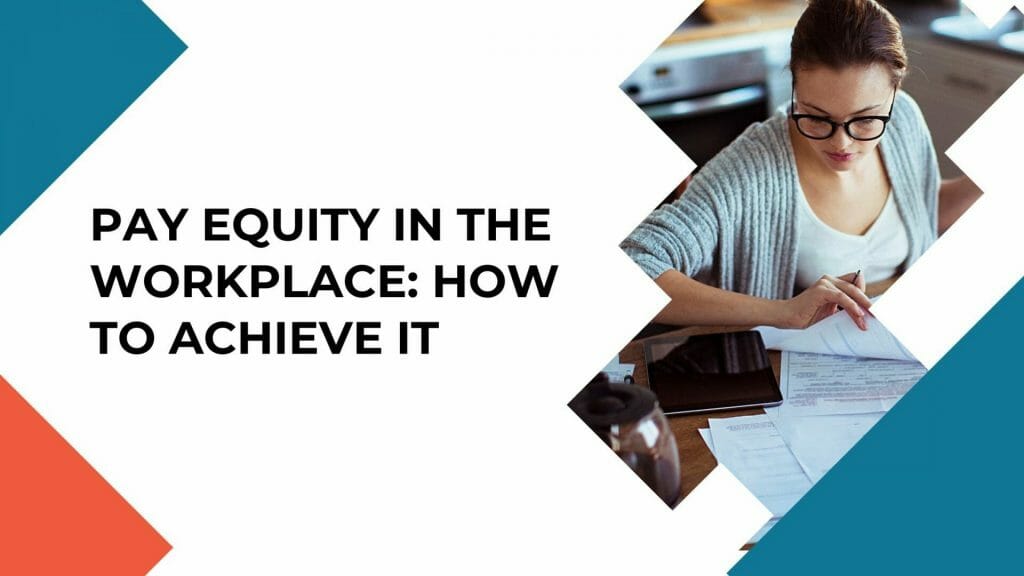 Many business owners and leaders are striving to close the gender gap and achieve fair wages for their employees. This is due to the Equal Pay Act, which mandates that companies pay men and women equally for “similar” work rather than “equal” employment.

Moreover, a number of states have expanded fair-age requirements beyond gender to include race and other protected features. But what exactly is pay equity, and how can it be achieved? Keep reading this article as we discuss pay equity and much more.

What is pay equity, and why is it necessary?

Pay equity is generally defined as the idea that all employees, regardless of gender, color, ethnicity, etc., should get comparable compensation for performing similar job functions. However, this method is frequently more intricate than getting rid of biases. Other considerations for employers include the candidate’s training and work history; the position’s demands; and the given company’s financial stability. This concept aims to eliminate gender and race discrimination when creating and maintaining wages. Unfortunately, many workers are still put into different jobs based on their race or gender that have historically paid less.

While federal pay equity laws have been in place for quite some time, it is now that states and local municipalities are beginning to scrutinize their laws in a bid to close the gender pay gap. So, why is gender pay equity important?

Pay equity is vital to a company’s profit line and social duty. Organizations that implement fair pay practices could be able to:

Are there long-term effects of unintentional bias in pay equity?

Unintentional bias, or unconscious bias, is the automatic mental shortcuts people use to process data and make decisions faster. Of course, everybody has it. But if it is left unchecked, unintentional bias can hurt at the organizational level.

To find out the consequences of unconscious bias, Emilio J. Castilla, a professor of management at the Massachusetts Institute of Technology Sloan School of Management, looked into how supposedly merit-based employer bonus systems affect people of different racial and gender backgrounds. Professor Castilla came to the conclusion that, despite their good intentions, solely merit-based compensation methods continue to be problematic. According to his findings, even when receiving the same performance review scores as white men, women and minority men in the same organization, job, and supervisor earn lower income increases.

In one study, participants were required to take on managerial duties, look over personnel profiles (both male and female), and decide on employee bonuses. Participants gave, on average, greater rewards to male employees than likewise qualified female employees when merit was stressed in the instruction to give a bonus (i.e., those in the same job and with equivalent performance evaluations).

Castilla’s research also came to the conclusion that employees tend to think they are being more objective than they actually are when remuneration systems are strictly merit-based. People tend to feel that acknowledging or addressing unconscious biases is not important when they believe their behaviors are fair, impartial, or objective. It is not surprising that a supervisor’s unconscious biases are likely to affect the decision-making process in a setting where management convinces workers that performance is assessed only on merit. Male employees are often paid more because of unconscious bias, which can have a big effect on pay equity.

Every organization that wants to thrive and expand must focus on attracting and retaining top talent. But this can be quite challenging to achieve. This is where pay equity comes in; it can help organizations attract and retain their top talents. It can also help with employee engagement.

Naturally, employees want to work for organizations that offer fair and competitive base pay. Of course, this remains the leading driver of attracting top talent and retaining them. Unfortunately, only approximately half of employees understand how their total wages compare with that of a typical employee in their organization or those who hold a similar position in another organization.

When employees aren’t aware of where they stand among their fellow workers or against the market, it becomes pretty challenging for them to determine whether or not they are fairly being paid. This, in the end, can make it difficult for organizations to retain them.

But an organization that implements pay equity can easily create an environment that promotes both employee engagement and retention. This will allow employees to focus on their work rather than spending more time comparing salaries with other typical employees in the company or those working in another company but in a similar position.

In addition, organizations prioritizing pay equity can significantly increase their engagement levels and are more likely to increase their productivity, thereby thriving in this highly competitive world.

How to achieve pay equity? How can the gender pay gap be fixed?

The first step in attaining adjusted pay equity is having clear rules that tell you how to pay employees throughout your company. This could be a set of salary ranges that each function can fit into or a salary formula used to determine everyone’s pay similarly. Whatever the format, you should conduct some research to find out what the current market rates are for the positions and decide how you want to compare them. Make sure your framework can be applied to calculate total compensation as well as base pay. Once you’ve set your standards, you should always follow them and apply them the same way to everyone, no matter what.

2. Gather the necessary data you need to analyze pay.

You should gather data on each employee’s gender, job title, department, job level, hire date, job location, hours worked, base wage/salary, overtime pay, bonuses, and other forms of compensation when reviewing and analyzing their compensation. Also, if they are easy to find, it’s important to include performance ratings, educational background, and years of relevant work experience.

How else will you know that you are achieving pay equity if you don’t perform a pay equity analysis? A paycheck analysis can help you check for any systematic bias in how different groups are paid. The process can be either simple or complex, depending on the size of your company.

For instance, if you are a small business and want to ensure that minority employees are paid equally to their white male coworkers in comparable roles, you can analyze individual compensation data to look for inconsistencies. You’ll need to do a statistical regression analysis to find pay differences between other groups of workers in a larger company.

4. Try to be as transparent as possible.

The secret to pay equity is transparency. Make sure you are, at the very least, communicating your compensation strategy to every employee. Businesses that want to thrive and grow go as far as making their remunerations as transparent as possible. After all, you shouldn’t hide anything if your pay is fair and equal.

It would help if you were honest about any salary disparities you have discovered within your company. Sharing information internally is a great start, but more and more businesses are making this information public so they can be held accountable.

The majority of companies do have a pay disparity. So after you’ve determined yours, it’s time to implement procedures and policies that help eliminate systematic pay disparities. Consider, for example, how much negotiating is allowed during the hiring process or whether your compensation or performance frameworks include variables that may be more subjective and therefore more prone to bias.

The compensation framework aids businesses in providing fair, competitive rates and laying out the career paths for employees to growth and increased pay. They make it possible for businesses to find and keep talented employees. This can be achieved by performing a compensation analysis.

Compensation analysis can help companies stay ahead of the competition because offering your employees fair and reasonable pay will make them focus on their job and boost their productivity.

In addition, compensation analysis can help organizations avoid biases based on race, gender, or personal relationships that can determine pay. This, in the end, will allow organizations to treat their employees with respect and integrity. What’s more, fair compensation can protect an organization from legal action due to unequal pay.

Why is there a gap in gender pay?

Despite equal pay being a law, there is still a gender pay gap. The “pay gap” is defined as the difference between men’s and women’s earnings. It is often reported as either the earnings ratio between men and women or as an actual pay gap. According to the Global Gender Gap Report, women are globally paid 37% less than men for similar work.

But what is still causing the gender pay gap in this day and age? Several reasons contribute to the gender pay gap. One of them is traditional gender stereotypes that could mean women’s work is not valued as highly. It could also mean that women are not assessed in the same way as men in the workplace.

How does the gender pay gap impact the economy?

The gender pay gap can significantly affect the economy. The gender pay gap has contributed to women in America earning way less than fellow men in similar jobs. Of course, this leads to less income for families and, ultimately, a higher rate of poverty across the U.S.

The economic impact of this persistent pay inequality is far-reaching: if women in the U.S. were paid equally to comparable men, the poverty rate for working women in the United States would be cut in half, and the country’s economy would have grown by $482 billion (equal to 2.8 percent of 2014 GDP). In addition, the poverty rate among all working women would fall by slightly more than half. This is why it is so important for companies to have equal pay policies so that women can be paid the same as men who do the same job.

Where is the proof behind the gender wage gap?

It is no secret that working men tend to be paid less than working men, which is what is referred to as the gender pay gap. But is there proof behind the gender wage gap? According to the Census Bureau, which looks at full-time workers’ pay, women are paid 80 cents for every dollar men are paid.

Another measure of the gender pay gap looks at hourly pay and doesn’t exclude part-time workers. It finds that, compared to a man, a typical woman is paid 83 cents on the dollar.

In addition, according to the Bureau of Labor Statistics data, women’s annual earnings were 82.3% of men’s in 2020. This gap is even wider for numerous women of color.

Pay equity is a crucial aspect of running a successful business. That’s why businesses should strive to achieve it regardless of their size. Another major concern that organizations should prioritize addressing is the gender gap. Both male and female employees of similar work or positions should be treated fairly regarding salary, promotion, etc. So, organizations will be able to find and keep good employees who can help them grow.